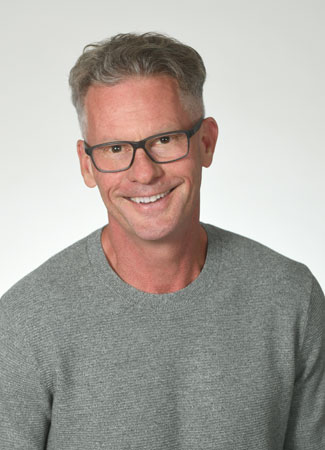 Steve Kraner is NOT a natural salesman.

He describes himself as an engineer who crossed over to the dark side. A military officer and engineer by training, Steve found himself leading a sales team as part of a start-up. He had to sell to survive.

Steve has built successful high-tech divisions within two major U.S. corporations. Along with David Sandler and GuruGanesha Khalsa, Steve co-developed the Sandler High-Tech Selling System and the Sandler Negotiating program.  He then spent 25 years as one of the most in-demand Sandler sales trainers.

Through continuous experimenting, Steve and his clients continue to advance our understanding of the optimum approach to selling and how to increase sales. Now operating independently from the Sandler network, Steve has updated his programs to address today’s environment.

Steve is a frequent guest lecturer at the MIT Sloan School of Business, speaking on the history of B2B selling systems from John Henry Patterson’s first sales process, the advent of traditional consultative and solution selling methodologies and the latest innovations in the science of selling and negotiating. He holds a Bachelor’s Degree in Engineering from West Point and an MBA from Loyola College.

A Personal Note from Steve Kraner

Many people know me as a Sandler trainer and ask how the Software Sales Gurus materials are different than the Sandler High-Tech Selling System. Since I was involved in creating both generations of materials, I look kindly on both.

The new materials are updated to include the results of ongoing split testing and use of call recordings. Until a technique is tested in the real world, with real buyers, it is not possible to know if it will work or backfire.

I invite you to learn more about the Software Sales Gurus tactics, or review my sales tips to gain strategies you can start using today.

If you think I can help your organization, please reach out to me.

"The "Steve Kraner Training," is absolute gold. When I was asked at the end of the day to say one thing that I took away from the day I was at a total loss as to what to say. I could have listed 10 things!"

"Steve has a well-earned reputation for strategic, high-level thinking and a clear intention to win while maintaining his commitment to fairness. Steve's ability to transfer these skills and attitudes is what makes him a truly special leader capable of transforming a sales organization."

“Steve, thanks for a great session - everyone rated your training as the best and most useful information they had received in terms of "sales training" in a long time."

“Steve's experience and uncanny ability to teach has put him in a position to train the very best in sales and across various technology verticals. His impressive list of clients is a direct result of his sales ability, philosophies and techniques. A truly priceless development resource, Steve has laid the groundwork and provided the direction/guidance for me to take my skill set to a higher level."